Adolescence is one of the most tumultuous times in everyone’s lives. In addition to all the difficult hormonal changes, there is the constant societal pressure to act like an adult while still being treated like a child. The cherry on top is having to decide on a career and being thrown face first into the ‘real world’. It’s really no wonder then that teenagers are some of the most stressed out people! 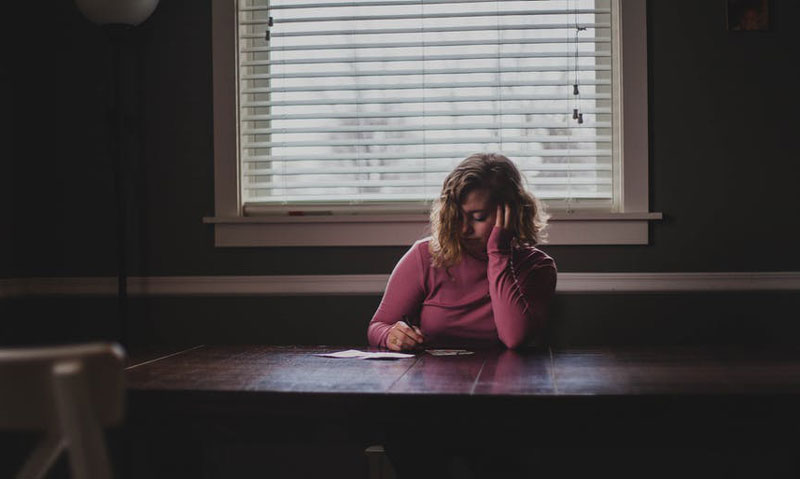 Losing the utopia of childhood is tough for everyone. It’s when life is at its most pleasant and easiest. Being required to leave childhood and all its associated benefits and pleasures behind seems like an unlikely source of stress, but it nevertheless affects people because there’s no outlet for this kind of frustration. The best way to tackle it is to keep alive the inner child in you, and not let the world beat it down!

During adolescence, there is the greatest disconnect between parents and their children. Teenagers start to feel as though they can’t talk to their parents, and this is when the teenagers’ views on things diverges from their parents’. It can create a lot of friction in the family. Teenagers can start to feel isolated as they feel like they cannot rely on their primary support group (family) anymore.

3. Pressure of Being Popular

This is perhaps the most well-known source of stress for teenagers. At this stage of their lives, teenagers are cementing their identity. That crucially requires positive social interaction. Having a solid group of friends, and being well liked by their peer group becomes very important in these years. This is often not very easy, and coupled with the problem of bullying, provides a lot of stress.

This is usually the first time for teenagers that they face cutthroat competition. The pressure of getting into a good college or pursuing a worthwhile career is paramount. Having to decide on a career to pursue for the rest of one’s life at such a young age is a source of stress in itself. The twin evils of academic pressure and tough competition contribute majorly to the stress in a teenager’s life.

This is the time when teenagers go through puberty. Initially, there are emotional changes that increase the vulnerability of the individual to stress in general. Then there are also physical changes that exert influence over one’s stress level. These biological changes, while completely normal, do create a background in which a teenager is likelier to get stressed, no matter if everyone is suffering with same issues.

6. Trying to Find One’s Footing in The World

This transition from childhood to adulthood also entails a person finding their place in the world. It’s tied to their idea of identity. It means becoming the kind of person they want to be, doing the things they want to do, setting their value and moral structure in stone. This is a very difficult task and one is sure to encounter a lot of frustration on the way.

Not just from parents, but also school and society at large; a teenager has a plethora of expectations that they’re expected to fulfil. This can create anxiety and stress. Added to this is the problem of managing time. A teenager feels as though there aren’t enough hours in the day for all that they want to do. Keeping their grades up through studying and doing homework, pursuing extracurricular activities like sports or painting, as well having enough time to maintain a healthy social life takes its toll on them and generates a lot of stress.

Going through puberty that causes a lot of changes in the body can give rise to various self-image issues – especially when society says it’s important to look “thin and pretty”. It’s very easy to gain weight during this period. Self-image and self-esteem issues can hinder one’s emotional development and in some cases even lead to disorders such as anorexia and depression. This need to ‘look good’ is enhanced by the fact that this is the time when teenagers are introduced to the world of romantic love – and self-consciousness of one’s body goes up. This is a major source of stress and can be very detrimental if not kept in check.

All this stressful thing in a teenager’s life are not independent phenomena. They are interrelated and interdependent. A solution for one problem can often work as a solution for many of these problems. It’s important to believe in oneself and always ask for help when needed!