Nowadays, we come across a lot of memes, I cannot recall the last time I surfed the internet without coming across a hundred memes mocking something or the other and a good fraction of these memes try to describe “two types of people”. Believe me. Ones who watch TV and others who watch TV online, ones who prefer ketchup and others who don’t, and so on…! They include everything that can range from the food people eat to how they eat it, and to clothes people wear to how they wear them.

Well, isn’t it a never-ending practice to judge people with what they have, do or don’t do? And in this judgemental society, I have taken the liberty to spot out the differences between people who will carry all the money they make with them till their last rites and ones who can give banks a complex with the way they spend money… or rather save it!

Yes, here I am going to point out the difference between stinginess… a vice you should let go off, and frugality… a virtue you should embrace. 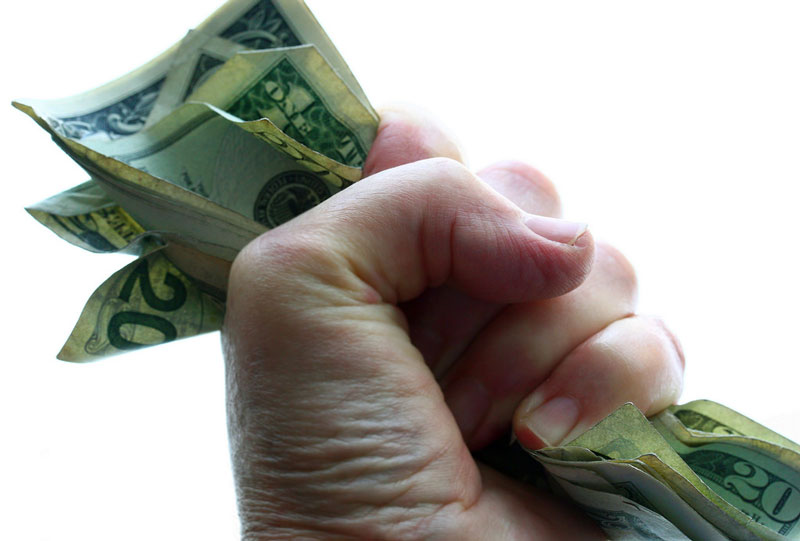 1. Going for Value or For Price Tag

Be it a stingy or frugal, everyone tries to save as much money as they can because there is a lot of hard work which goes into earning every penny. Then again, stinginess can be better defined as ones with a natural love for not spending money. They cannot make peace with the fact that there are some things which are necessary for survival and cannot be availed for free.

Stingy people hate to buy stuff and stick to the lowest price tag in sight. Stating this, it is not like that frugal people do not look at the price tag at all. It is just that they consider certain aspects of the stuff like quality, durability, etc. and then decide if the price they spend is going to fetch them the value or not. Hence, frugality is going for value and stinginess goes for the lowest price tag.

2. Keeping Money Above Oneself

It is a cringe worthy fact about stinginess, that stingy people have a problem with spending money, doesn’t matter if they have to buy something for themselves or others. They give up on a lot of pleasures of life to save every penny they can. What is the use of working hard for several hours a day if one cannot spare enough to be happy. On the other hand, frugal people do want to save money and don’t go for lavish expenses, but they do not bar themselves from spending a little to treat themselves once in a while or so.

Stinginess will force you to satisfy your ice-cream cravings with a candy while frugality gives you the room to indulge in your favorite ice-cream once in a while.

3. Spending Smart or None at All

The day you decide to move one step towards leading a frugal life, your brain will automatically come up with the ways you can spend smartly or avoid certain expenses which can be done without. Whereas, stinginess comes naturally to many, who are blessed with the notion to avoid even the important expenses at all costs.

For instance, Ravi had a leakage in the waterline of the basin in the flat which he was supposed to leave in a week. The landlord wasn’t in town therefore, he fixed the leakage temporarily at his own expense and decided to inform the owner about it before he leaves. Whereas, Shiv decided not to inform anybody about it. He will be gone in a week and no one will notice.

Well, we shall see further if his decision turned out as easy as he thought.

4. Setting Money Goals or Not

Frugality is a virtue instilled in some people which makes them stand apart from the rest. If you go shopping with a friend who is frugal, the way she spends her money will definitely make you uncomfortable. You will be left thinking if you are spending a fortune unnecessarily because frugal people are very prudent when it comes to spending money. They make sure no penny goes to waste that ultimately piles up for a moment’s pleasure.

On the other hand, if you are a rational person, you might not even want to step out to shop with a stingy person because not only they will make you walk all the way to the mall and starve yourself, their irrational bargain can be traumatizing to some.

5. Sticking to The Long-Term Plan

Being penny-wise and pound-foolish is something that defines a stinginess better than anything. Because stinginess engulfs people in looking for the lower price tags, which in the end results in a low-grade product and a repurchase has to be made. Shiv, my friend from above (third point) was quite happy to have saved some money in not getting the leakage repaired, or he thought so, because in a day of two, the water started to rain out of the pipe and caused a lot of damage. Everything not only costed him too much, but he soured his relationship with his neighbor also. Ravi on the other hand occasionally visits his landlord whenever in the city.

Frugality therefore, keep long term durability and relationships above money but to stinginess, it is a distant trait.

Stingiest character I could ever recall is Ebenezer Scrooge, protagonist of Charles Dickens’s renowned book Christmas Carol. And you definitely do not want a ghost to remind you of the person you could be. Hey, the ghosts’ have got some serious scaring to do! So, you better gear up yourself and try to Master the art of frugality.