Have you seen yourself doomed when nothing seems right in your life?  Do you feel that you fall from your eyes when you don’t get what you desire? Do you ever blame yourself for everything that goes astray in your life? Do you give a thought about the times when you have appreciated yourself and been proud of yourself? Do you agree that the phase of dejection runs for a longer period of time than any other chapter of elation in life? Do you remember when have you ever felt good about yourself? Disappointments, expectations, and defeats make a person feel degraded deep inside. There are times when your dignity slips out of hand because of a small mistake that you commit. You are so shattered that it is next to impossible to get you out of that complexity. It is rare that you feel good and happy about yourself. The voracity of human beings to become something more and to earn more, compels them to be obnoxious and be harsh on themselves. To balance out tears and smiles in life, you need to learn the ways you can feel good about yourself, if not laud yourself. There are miles to go before you collapse, so chill out and read these 10 reasons you can make yourself believe that you are fine and content with yourself:

END_OF_DOCUMENT_TOKEN_TO_BE_REPLACED

Being a good person is certainly a subjective thing. Not just being a good person either for that matter, but just being a person anywhere on the planet. We are all thrust into the world, unable to choose our nation of origin, family, or mental and physical aptitudes, just to rattle off a few of the things we’re all well aware of what is beyond our realm of choice. That said, what’s tough to define is just ‘good’ itself. For some people, just not doing anything bad is perfectly acceptable as evidence of being a good person. For others, it is not enough to simply do no harm to be considered good, but you have to actively go out and try to make other peoples’ lives or the world itself a better place in general.  But then that’s just the common ethical or moral understanding of good, there’s also the always important occupational ‘good.’ Take, for example, this quote below from the late great Paul Rand. 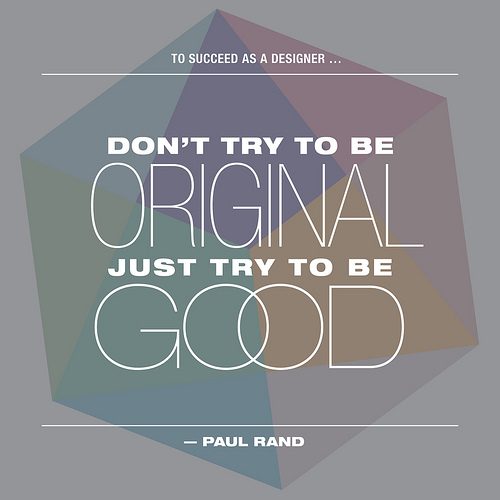 Some people might take this quote the wrong way and see some negative aspect to it, but I don’t see it as meaning something like “lower your expectations.” I’d argue it’s about just focusing on the present especially when starting out in an industry like graphic design, walk the balanced line of confidence and humility, focusing on doing the best you can, and the rest will fall into place. © Kristian Bjornard.

Now having a good (or perhaps the better word is ‘healthy’) relationship with your family members, friends, co-workers, and neighbors, that can be an entirely different issue. I suppose it depends, varying from person to person, whether it’s easier to build healthier relationships or be an emotionally healthy individual, (and which of the two can help you build on the other more!) but I tend to find it easier to get along with others than to get along with myself. 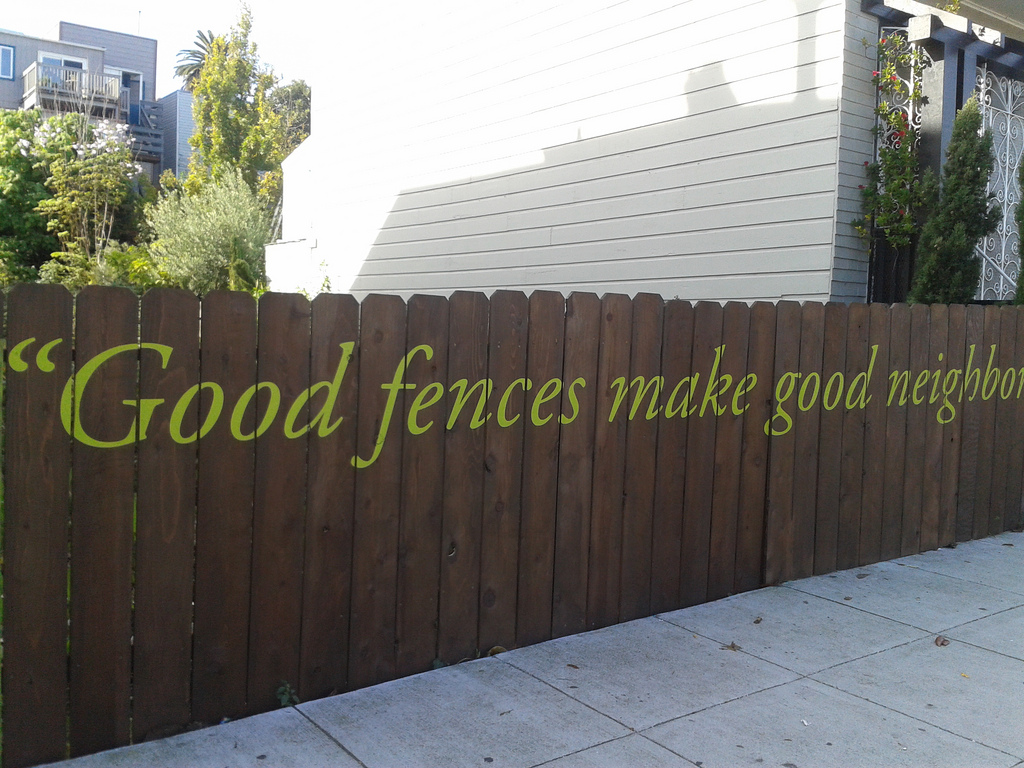 I like this quote, it can be taken out of context and say “closeness creates tension” but I’d say it’s more about having a healthy distance with people you don’t necessarily have to be all that close with, like say for instance, neighbors and co-workers.© Ricardo.

Nothing wrong with being a warm and friendly person though of course, I’d be a huge hypocrite if I said there was anything wrong with that! I think that, in the case of things like trying to learn multiple languages, or a musical instrument, sport, or any particular skill or craft, it is always best to start young. Those formative years require the most support and nurturing, without being overprotective or overbearing. It’s a tough line to walk but it does pay off. 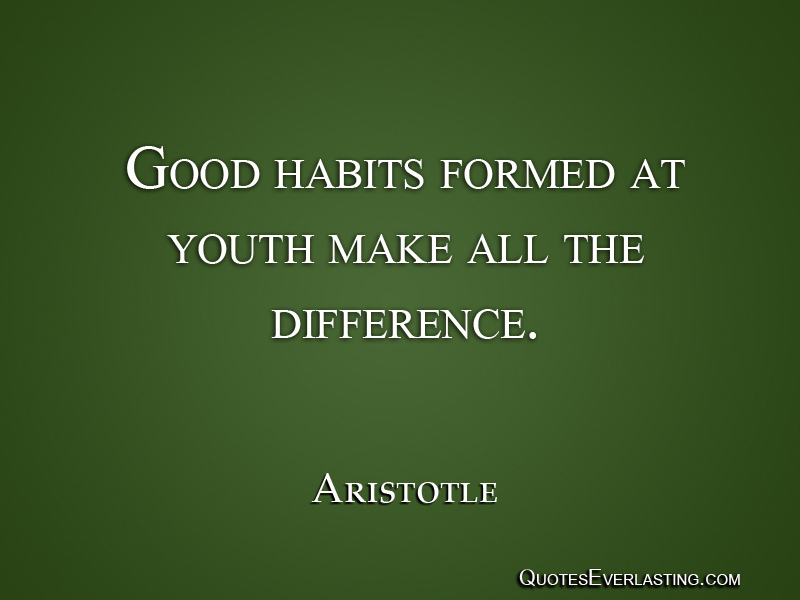 I can’t imagine a better closing argument than a quote from Aristotle. © QuotesEverlasting.