In the present day and age, who isn’t a workaholic or a student, spending sleepless nights in trying to work out assignments and complete their work? And what better than some caffeine-loaded drinks to help you become a nightcrawler. But, studies show that caffeine does more harm than good to the body. This is because after the initial euphoria, it only adds to the stress in your body. The best thing to do here is to cut back on the caffeine and try and finish your work as fast as possible. 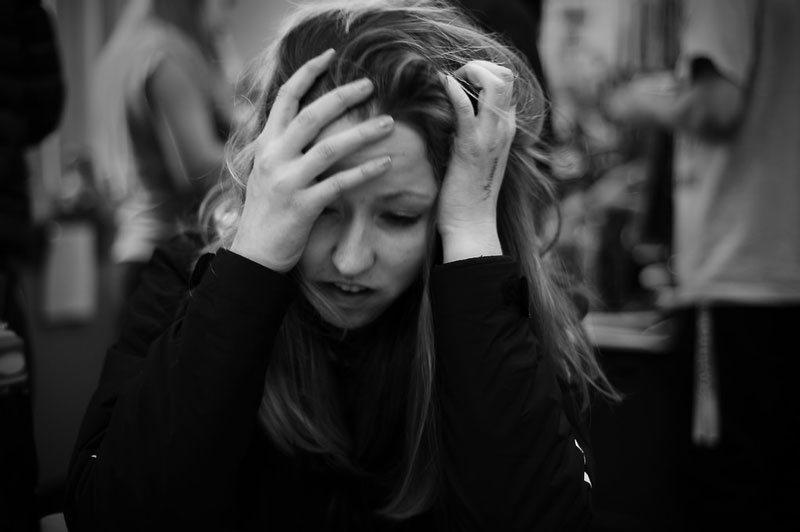 2. Early to Bed and Early to Rise

So, after you cut back on your caffeine addiction, the best thing to do is to uproot the cause which had led to this addiction, i.e. waking up till late at night which of course leads to an alarming raise in your stress levels.  To counter this the best thing to do is to cut back on some work, or better still, wake up early to complete the work with a fresh mind. Sleeping at night is a huge stress reliever and keeps you fresh and enthusiastic about your work or studies throughout the day.

3. Being A Couch Potato

Most recent studies show that watching television at a stretch or not moving around much just skyrockets one’s stress level. Your physical stability increases the soreness of your muscles which only leads to your brain dulling out and hence increasing the stress levels inside your body. The best way to counteract this is to develop some control on your activities which make you slack down and develop habits like doing yoga, jogging or simply walking around more.

A lie which prevents you from falling into trouble and doesn’t harm anyone is not at all harmful. But lying nonetheless makes your stress levels rise to an optimum level because it helps build up stress by keeping any information within oneself. The only way to wiggle out of this situation is to stop oneself from fibbing and if the secrets are such that you can’t tell anyone then maintain a diary or a blog to dispense your thoughts there.

Studies have shown that one of the main reasons why stress levels are rising is due to great amounts of miscommunication which is leading to overthinking and maybe the other way around as well. Technology has undoubtedly brought us close but the fact that technology can sometimes pave the best paths for miscommunication is also undeniable. So, ditch the texting once in a while and meet up with the person to confront him face to face and clear the air of confusion between the two of you.

Are you the kind of person who can’t say no to someone or anyone for that matter?  If you are then you stop that as soon as possible. Because this just doubles your workload and doesn’t give you time to rest, relax and give your body enough rest to rejuvenate for a fresh start ultimately leading to rising stress levels. So, from the next time, change the attitude and learn to realize your limits.

7. From A Foodie to A Foodaholic

Being a foodie is nice it helps to maintain a good body balance and also to remain healthy. But, the problem is when you become a foodaholic, binging on food even when you are not hungry. Fatty and fried food, especially take-outs and junk food are harmful for one’s mental and physical health and will always lead from bad to worse. Eating, even when you are not hungry will cause misbalance in your hormones and your body’s routine is also hampered. So always remember that love for food is always good but not when it becomes an obsession.

Ever watched the movie “Confessions of a Shopaholic”? When the protagonist buys clothes with money she can’t even afford to spend, we all laugh at her actions and sympathise with her later on. But, when we delve into a deeper level, can’t we all relate to it? Aren’t we all preys of modern consumerism which forces us to spend more than we can afford, to feed their sales with money which we don’t even possess just to sit back and realise that at the end of the month we may not be able to pay all the bills just because we had splurged on something with our credit cards. In any modern developing or developed country this is one of the major reasons for development and increase in stress among people. So, the next time, before handing your credit card over the counter, always ponder on what the future holds.

Drinking and smoking are some of the most harmful factors which induce rise in stress levels. Drinking and smoking occasionally is fine, but it is when it becomes a habit that the worry begins. Initially everyone drinks or smokes to take away the stress from our body but after a while, the stress never seems to leave the body without a smoke or a drink. This only results in various other mental and physical problems. So, quit it before it gets you.

Although our Indian culture forbids us from talking about it, but sex is one of the main stress inducers and stress relievers. Not having sex, not only leads to hormonal imbalance but also increases the stress in your body. Having a healthy and disease-free sex life is helpful for leading a rejuvenated and fresh life.