They say God above chooses the toughest personalities among us in the world to give the hardest lives to, only because he knows we have strength enough to bear with it. Therefore, it is no surprise that on closer inspection of famous personalities, we will see that they had some of the most trying conditions in life. But did that stop them? It certainly didn’t. One of the most important things to remember when the going worsens in your own life is that hope is never to be abandoned, life can take a turn for the better at almost any time, and that the night is darkest just before the dawn. In the words of the great Romantic poet Percy Bysshe Shelley, “when winter comes, can spring be far behind?”. Read on to find out the life stories of these warriors! 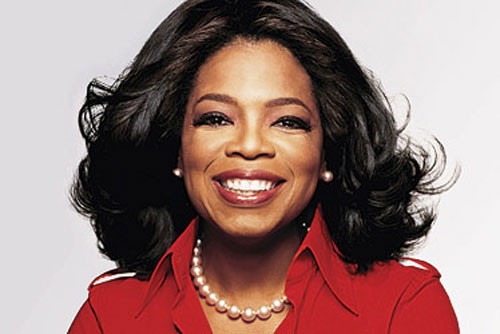 This woman is one of the most popular celebrities on the planet currently, known for taking hugely insightful interviews of influential people of the whole world. She is a fearless campaigner for woman and black rights. But did you know that she was raped as a young girl of 9? That she had to wear vegetable sacks as clothing as her family didn’t have money to buy anything else? That her mother was a teenager, unmarried? In spite of all this, Oprah went on to become a student honoured for academic and social achievements at school, obtained total funding for college, and went to work at the local radio fresh out of being a student at college? Faith moves mountains, here is proof.

There is no one who has not heard of Lionel Messi. Hailed as one of the greatest football players to ever grace the field, his footwork and number of goals have remained largely unmatched. But was his life always rosy? Absolutely not. As a kid, he had been a victim of bullying. He had severe hormonal problems in his body, and treatment was often disrupted. He also had to leave behind his friends and family for an economic crisis that turned Argentina upside down when he was a child. Still, he fought and won.

This one must be special to us Indians. Arguably the most beloved star of Indian cinema, Mr. Khan is a star that blends effortlessly into any role, is an inspirational public speaker, a model family man and of the richest in India. But he started out far from grand. He couldn’t go to the movies as a child as he was too poor, he had to earn for himself and his sister from a very young age neglecting his personal interests, his parents died very young, and he also has undergone phases of depression in his own life. The lesson he gives from his life, as stated by him, is that failure is essential and a friend.

The 16th President of the United States of America, this man showed strength of spirit and the eagerness to learn more than most people in time. But on closer glimpsing into his life, we learn that his mother and sister died young, he was extremely poor in childhood and bankrupt once in later life, he repeatedly failed to secure the political posts he wanted, most of his children died, as did a fiancée, and he had depression troubles. Still, he was the man we know he was.

Creator of the Harry Potter universe that turned an entire generation to reading and gave us perhaps the maximum happy memories from childhood, she is also a philanthropist, humanitarian and public figure. But she hasn’t had an easy life all the way. She was bankrupt a lot of the time, her mother’s death mentally unsettled her, she has battled with depression even after fame  and has had problems with her life partner before Harry Potter was published. If she had chosen to give up, Dementors, modelled on depression, would’ve won – and not Harry.

Taking a look at the stories above fill one with hope. Being rejuvenated, we can brush off past failures and go on life’s pathway again. After all, what’s meant to be will always happen – and the powers of the universe make sure that everything happens for the best. Following the quote from Gone with The Wind, we all should realize that tomorrow is another day, with infinite possibilities in it!