India has one fascinating culture. There has been so much interest in Indian culture worldwide. It exhibits a plethora of bright, colourful and ethnic celebrations throughout the year based on change of seasons. But more than often, one comes across an unusual custom that has been traditionally hung to. Such strange Indian customs are backed up on religious grounds and might not be very pleasant to experience. Nevertheless, they provide a decent amount of shock value to the viewers and provide a totally different aspect of the developing urban culture in India. Some of the most bizarre rituals that you might across while travelling in India are:

Although outlawed in 1929, this unjustified custom is still practised in some Indian villages. Legally, the minimum marriage for girls is 18 and 21 for boys. But families sticking to this tradition called ‘Bal Vivah’ get small girls (as young as 8 years) to marry equally small boys. Although the girl might be allowed to stay with her parents till she becomes more mature, ultimately she has to fulfil her responsibilities of marriage. The much ignored plight of the boy is never taken into account who is also burdened with unreasonable marriage vows at such a tender age. Poverty, dowry, social pressures, illiteracy are certain driving factors behind this practice. 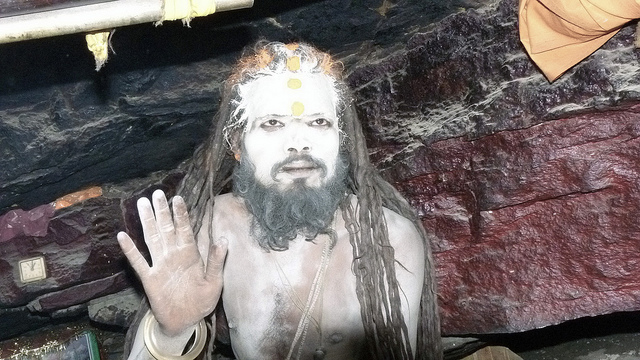 This is one of the most disgusting customs followed by the Aghori Babas of Varanasi. These, self proclaimed, pure worshippers of Lord Shiva are the most feared and mysterious sect. Using abusive and profane language as blessings, throwing faeces at people seeking blessings have been commonly reported. They are notoriously known for eating rotten food, consuming flesh of putrefying human corpses, drinking urine to kill ego and destroy the concept of self-beauty. Mor unbelievable is the fact that the city takes this practice of cannibalism very normally, not awkwardly! 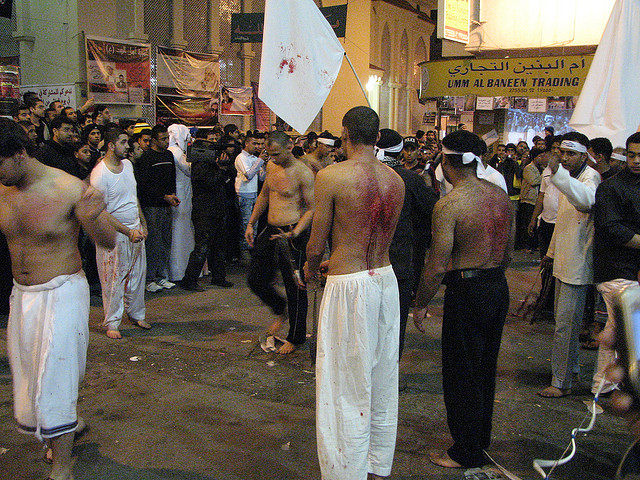 This is another self-inflicting practice which is observed in India by the Muslim community during Muharram. The event is a procession taken out to exhibit mourning for the death of Prophet’s grandson, Hussein Ibn Ali. Shia Muslims beat their own backs with chains which have razors or knives. They do it till their backs bleed profusely. This is believed to be painless at that time by the participants who are in a trance. Internationally, it is also performed in Philippines on Good Friday before Easter Sunday.

This controversial custom is being observed since centuries in the ‘Umer Sharif Dargah’ in Solapur, Maharashtra. Hundreds of parents of the Muslim community gather together once every year. Most of them are such parents who have been blessed with a baby after they wished for blessings in the Dargah. The most bizarre part of the custom is that these babies are dropped from a great height and caught in a sheet held below by the villagers. Ironically, it is supposed to prolong lives of the babies! This tradition has been highly objectionable and the Government has been trying to ban this high-risk practice. 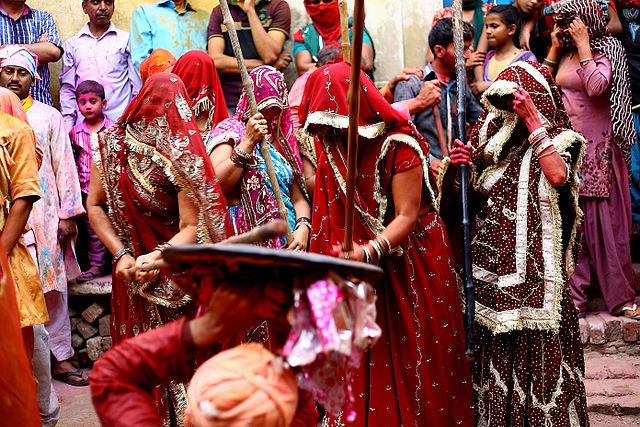 This is a colourful but unusual celebration in Barsana, near Mathura in Uttar Pradesh. The place is famous for the one and only Radha Temple. In the epic Mahabharata, Krishna used to visit to play Holi with his beloved Radha and teased all the Gopis (damsels) in this festival of colours. Now, all the females play Holi with their male counterparts and after that, thrash them up with sticks. This violent attack by the females sometimes becomes hysterical and may end up in minor injuries as well!

6. Marriage With Tree Or Animal

There have been numerous incidents reported till date in which a man or a woman has been married to an animal, mostly a dog. The marriage is conducted ceremoniously like a normal wedding with all pomp and show. Marriage to a stray dog is said to ward off evil curses in the state of Jharkhand. A boy being married to a dog will supposedly protect him from the attack of wild animals in forest villages in East India. This absolutely funny custom luckily leaves the person independent to marry a human being after some time. 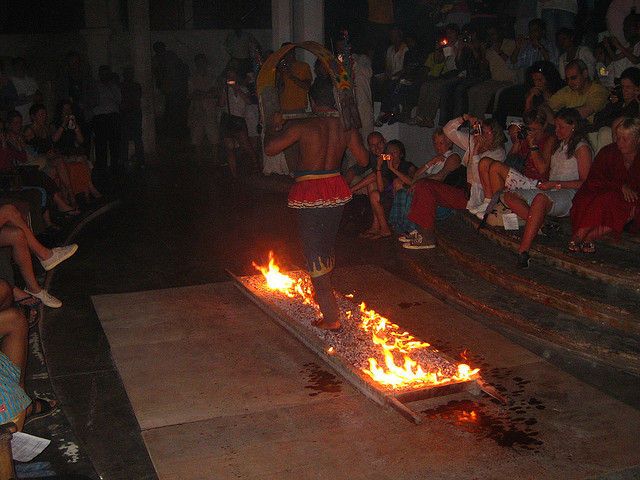 In the Theemithi festival in South India, Tamilnadu, the devotees of a Goddess walk on fire beds barefoot. The tradition starts with the head priest taking the first steps and then, he is followed by such volunteers who are ready to bear the wrath of the hot burning fire on their body. This custom is also performed to seek heavenly blessings from the Goddess.

The Indian culture reflects a rich history of ethnic glory. The religious beliefs are often followed to the last breath and that too very religiously. Faith is of utmost importance in India and this fact is evident in every corner of the country when you are knocked down by surprising and unbelievable customs.