Rightly said by Arnold H. Glasow, “A good leader takes a little more than his share of the blame, a little less than his share of the credit.”  A leader is a pioneer who does not learn to stand alone on the pedestal, but to create a space on the pedestal for the ones who chose him as their leader. This is the identity of a real front-runner. There are different breeds of leaders that are found across the globe, some are tyrant, some are lenient, some are unpredictable, some are aggressive and some are an amalgamation of all. From authoritative Adolf Hitler to the apparent people’s leader PM Modi, you can see the diversity discovered within the category of leaders. If a leader has so many shades, then guess what the follower would be like. So, to assimilate all the vivid brains and sync them in such a way that they produce consensus over any idea or decision is an extremely painstaking job and imagine, a leader does it every single day. Here are the 10 perfect qualities that personify a successful leader: 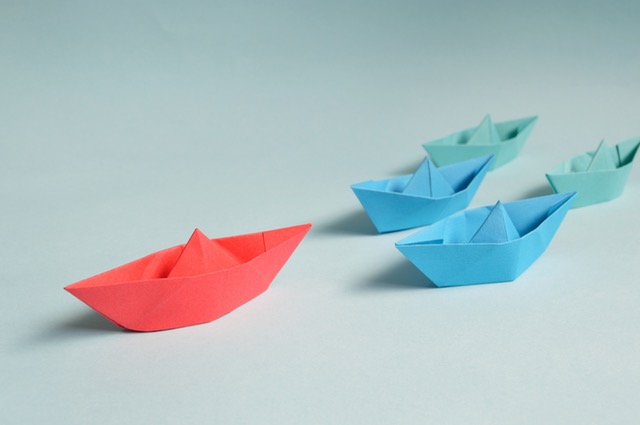 1.They Are Imperfect. They Strive to Be Perfect

No leader says that he/she has been trained in becoming a leader, it is the formative years that teach a person the rules of leading a group. Have you read about tribes and how the tribal clans are led by a chieftain valiantly? If not, then you must have seen “Game of Thrones” where the Dothraki clan remains united and walks as one in harmony. The life of a leader is spent in chiseling the edge of perfection and thus, the leader shines out with a chivalrous persona.

Just like getting singers sing along in chorus is difficult, making team members voice in unison is equally tough. A leader has to inculcate friendliness, cooperation, and helpfulness among all the members which can lead to the development of camaraderie. It is important to feel like a part of the family that takes care of one another.

3. Knows His/her Followers Inside Out

Since a leader spends most of the time with his followers, he has to know them intensely. The cohorts have to peep into one another’s life to enhance understanding and take mutual decisions. A team should stand by each other and work in coordination to carry out the tasks efficiently. Once the leader familiarizes with the team mates, it becomes easy to interact.

4. Voice of The Masses

A leader is the one who speaks for the betterment of his followers. Unlike politicians, who are supposedly the representatives of the country, leaders are actually the spokespersons who put forth the opinions of the team. Leader does not take decisions by his own accord, he listens to all and then becomes the voice that bring tremors in the world.

One of the best qualities of a leader is that he/she is not selfish. Whatever announcements are to be made, must be considerate of the interest of all the members. The benefit of a group/team automatically becomes the priority of the leader. Egotism should never be the trait of a leader because it always drowns the name of the leader in the future.

A leader differentiates himself from others because innovation is something only a leader can possess. Steve Jobs has given this thought Innovation is what marks the difference between a leader and his follower. A leader sets benchmark for himself and his team that makes the team members climb a long way. The higher the standards of achievement, higher would be the passion among the members.

7. Acts as A Bridge of Communication

Direct and indirect communication are the two ways by which the team members interact with one another and the leader. Open door policy is one democratic way of erasing the line between the leader and the followers. The aura of a leader should be such that people feel free to approach him whenever they want, but at the same time, people should respect him for his egalitarian leadership and thus, adhere to the deadline of the tasks assigned to them. This is the proper channel of communication that ensures that no grapevine system is followed and everyone gets the correct information.

A leader is answerable for every team member’s contribution in the team, so he/she has to train them and motivate them to actively participate in the group activities. So, a leader must look at every member with a hawk’s eyes and ensure equal contribution of every individual. None of the follower shall be spared from the catch hold of the leader.

The other term that can be used for a leader is a pathfinder because a leader holds the torch for them to go farther away from others. He/she has to move one step ahead of other teams to secure a full-fledged plan for the team. An indecisive person can never be an action-oriented leader and you know, nobody likes a passive leader, right? Crafting a blueprint of the plan in mind is the duty of the leader and he/she perform that duty with tenacity.

10. Accepts Victory and Defeats On the Team’s Behalf

A team leader is known not by his appearance, but by his image that forms before his followers. So, the leader has to stand out as the most reliable man who can install transparency between the relationship and thus, share success and failures altogether. A leader spearheads all the tasks and takes the onus of the good and the bad. A successful leader is one who swallows criticism or any bad words, irrespective of being the sole culprit or not. You must have heard the saying that “The king only wears the crown of throne” and that fits in the place where a leader has to be on the frontier to take the blame on him/her even if he/she has nothing to do with it.

Talking of leaders, the first name that comes to the mind is Mahatma Gandhi, the man who mobilized the whole nation for the emancipation of the country from the clutches of the British. Bapuji once said, “I suppose leadership at one point meant muscles, but today it means getting along with people.” You can’t just acclaim anyone as your leader, leadership demands togetherness and the ability to be part of the mob and bring it out as a well-coordinated team. So, being a leader is not just a designation, but a responsibility that you need to oblige by giving your heart and soul to it. You can’t think like an individual, but as the caretaker of the numerous heads that take shelter under your shade. A leader has to portray him/herself as the role model and is not expected to make mistakes because there are followers behind him who are looking up to him/her. So, you become the leader, only when you are THE CHOSEN ONE. Believe it or not, once in a while, life tests you and gives you an opportunity to become a skipper. You pass or you fail, it is only in your hands.