Here, we have curated for you, 3 ways in which meditation boosts your memory power. 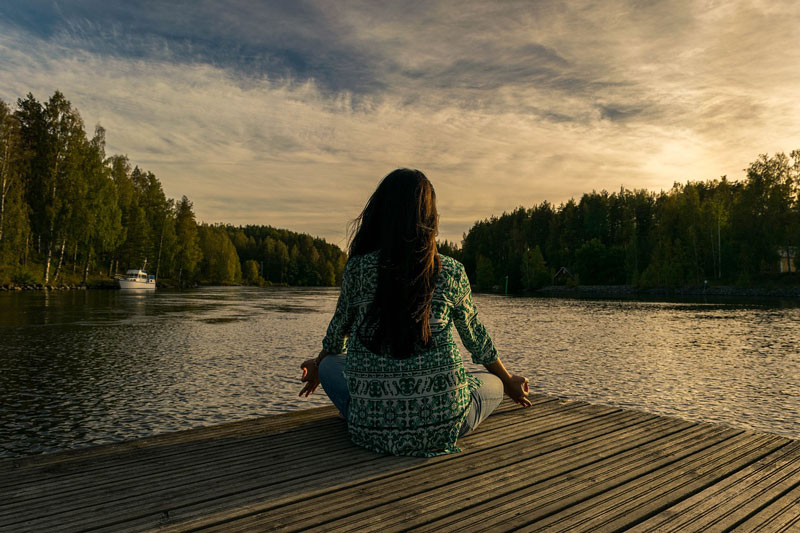 Meditation helps to improve concentration. It helps a person to live in the absolute present, rather than having an anxious mind thinking about what could go wrong or what went wrong. A routine meditating habit of less than 10 minutes a day will have direct effects on your anxiety levels, they will start to fall for your good. An anxious mind is always under the influence of stress which increases the chance of underperformance and memory issues. Now, think of that day when you were stressed and were not able to remember what you’ve studied for the class test. It is often seen in students that due to stress, score lesser marks in exams, no matter how much effort they put in. The sole reason for such cases is having an uncontrolled mind. To improve the condition and to solve the issue, the only key factor is meditation. People who adopt meditation as a way of life, are able to keep their thoughts and mind under control which turns out to be beneficial for them as their concentration and focus improves in due course of time. But, regularity is the key here.

2. Slows Down the Ageing Process

Meditation relieves a person from stress which is one of the most important reasons for ageing. A person who slows down his ageing process could reap the benefits of a young mind where the memory power or the ability to handle complex things are in abundance. When a person grows older, his body and brain gets influenced by it and becomes weaker and his decision taking capacity and learning ability reduces. Meditation gives hope in such an event but it’s better if you take the preventive action of anti-ageing by following simple meditation techniques every day. Consider Gautam Buddha, who is often considered as the perfect meditator; he lived up to age 80 in 50th century with the charm of a new born in his eyes. A new research by a Spanish team suggests that Zen meditators had more of longer telomeres than an average person which shows the power of meditation in slowing down the ageing process.

Memory brain regions are the most important factors determining the memory capacity of a person. If it gets enhanced or improved, then it shows that a person can handle more complex things, have better focus, concentration and learning abilities. The brain’s cerebral cortex is one of such most important regions in our brain. A research conducted by Massachusetts General Hospital in Boston reached the conclusion that those people who regularly meditate, their brain’s cerebral cortex thickens over time. It happens because the size of blood vessels and the blood flow to the region increases. Many of the people who enjoys high status in the society do accept the fact that they’ve felt the change after applying meditation into their life and they became what they are because they could understand themselves better.

Meditation is like a steering wheel given to you by the supreme power to have control over your emotions, brain and body. You can use it well if you understand the advantages that it can bring into your life. Take control of your life by keeping that steering wheel in your hands and directing it to reach your destination. But, remember to learn the routes first. Understand the advantages of meditation and then implement it into your life. You’ll face difficulties in the beginning, but you’ll see positive changes after that. Do not be discouraged to spend 10 minutes daily for meditation session because that’s the time when you connect with yourself.