Adolescents are often stereotyped to be moody, rebellious and in constant emotional turmoil. It is mostly regarded as a passing phase. However recent studies have stated that around one in eight teens suffers from depression. The common mistake parents make is overlooking the signs and symptoms and passing it off for regular teenage behaviour. And this might lead to dire consequences in most cases. This article is aimed at directing parents to carefully study their child’s behaviour to distinguish between “mood swings” and depression. This will help them take professional help immediately so that it cannot further damage the tender mind of the child or even worse, its future! 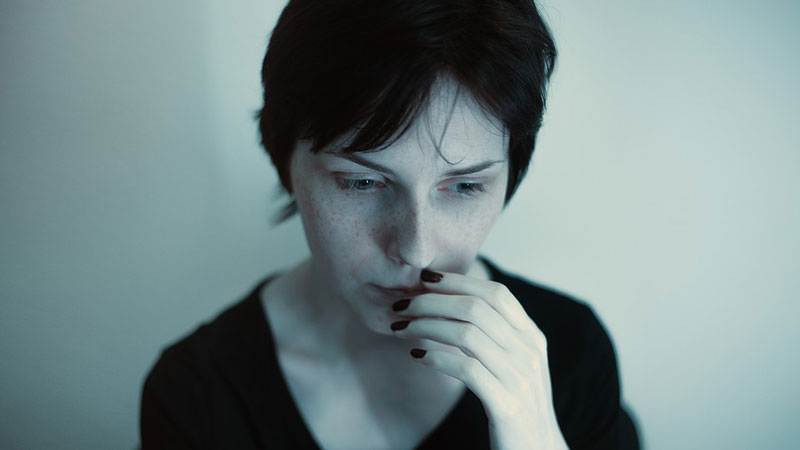 1. Sadness or Hopelessness Infused with Regular Bouts of Crying

This is a major indication of depression and should instantly draw the attention of friends and family. Frequent tearfulness and long spells of sadness for issues that are not so important are symptoms of the onset of depression which usually occurs around fourteen for most people. This stage is often termed as typical of adolescents but it does require more concern and care.

Another symptom that is passed off as the “rebellious” phase of teenagers but requires more introspection. The onus is upon parents and close friends to realise this is abnormal and far more serious than regular teenage irritability. The irritability and hostility is usually directed towards family members. Peer pressure makes the child want to come at par with school friends on account of social status and school performance. Failure to do such makes the child blame its parents for being left behind in the race.

3. Withdrawal from Friends and Family

This is where the depression starts really harming the child. The increasing mood swings and bouts of severe melancholy make the child isolate itself from the near and dear ones. By distancing themselves from their families, the children find themselves alone. They are unable to share their trouble with anyone else as they lose trust in everybody, even their parents.  The problems, the insecurities and the never-ending gloom start to push the child over the edge.

4. Increased Sensitivity to Rejection and Failure

Failure and rejection might seem bitter but at the end of the day, they are our best teachers in the school of life. They push us to strive harder for success and acceptance. However, youngsters who are depressed become increasingly sensitive to rejection and failure and plunge into the sea of despair. Hereon they find themselves unable to swim back to the surface and some teenagers end up taking the deadly step- suicide.

5. Loss of Interest in Previously Loved and Fun-Filled Activities

Performing arts like singing, dancing, playing musical instruments and different kinds of sport, indoor and outdoor activities provide us with a healthy pastime and recreation. They divert our attention for some time and give us a break to think clearly. When a child retracts from such fun-filled or previously loved activity, it is a sign for grown-ups to open their eyes wide, sit up and observe him. It is a strong pointer showing that the child has thrown itself in a dark pit and does not want to come out of it. It is running away from the exhilaration entailing such activities and wants to be left alone, down in the dumps.

Plunge in school grades show the child has lost interest in academics, books and school activities. It also points to a major lack of concentration. Loss of concentration and composure is a big sign of depression. The mind keeps wandering to what has gone wrong and what could go wrong. It is necessary to drag the child back to the domain of school life because if left alone and unattended to, the mental state of the child could be ruined beyond repair.

7. Changes in Eating and Sleeping Habits

This involves insomnia (lack of sleep) or excessive sleeping, anorexia (lack of appetite) or overeating. This major change in the basic lifestyle of a teenager is a sure shot sign of something going terribly wrong in their heads and hearts. What’s more, this can severely affect their body clock, causing it to go haywire and this is where the health problems crop up.

8. Physical Complaints with No Medical Cause

This is a psychosomatic change that takes place when someone is so upset that they always feel they have some health issue or the other. Physicians get frequent complains of headaches or stomach aches from teenagers but in most cases, they fail to find any true medical cause. It is clear from this behaviour that the child is seeking attention and here the parents have to jump in to their child’s rescue.

9. Self-Criticism and Self Infliction of Pain

This is one of the last stages of depression. Victims of depression tend to criticise themselves the most and blame themselves for anything that goes wrong. They begin detesting themselves and start hurting themselves intentionally. It makes them feel as if they have been punished for the wrong done. They try to slit their wrists or burn parts of their body, sometimes fatally. At this point the depression is impossible to cure without professional help.

This is the ultimate step where the teenager is unaware of his own state, whereabouts and health. It is the ultimate nightmare for their families as these can cause irreparable damage to their health. In many cases, these young, bright minds are lost to overdoses. Even if cured, this particular phase leaves an indelible scar on their personalities.

It is very important that friends and family stop blaming “hormones” for the irrational and abnormal behaviour displayed by teenagers. They face peer pressure in case of school grades, social status, physical changes and sexual orientation. This phase requires more care and concern. Parents have to be extra careful so that later in life, they do not feel they abandoned their child when it needed them the most.