Science and spirituality, the two polar ends of this world, collide at every front of life. For centuries, there has been a clash between the cosmic and scientific world. The universe is balanced on a scale that puts these two ends on the platter. Superstition, truth, fallacy, inventions and discoveries form the web that entangles the people of old and new generations. You may find people who call themselves spiritual and some who always stand against the astral beliefs, i.e. the scientific minds. In fact, many of the horror films have tried to hook upon this idea of conflict of thoughts where the priests/paranormal experts and the physicians/ psychiatrist are in opposition to one another. How the viewpoints of these two subjects differ distinctively is what sets them apart? Here are the 10 key differences that you can spot between these two highly mismatched worldly thinking schools: 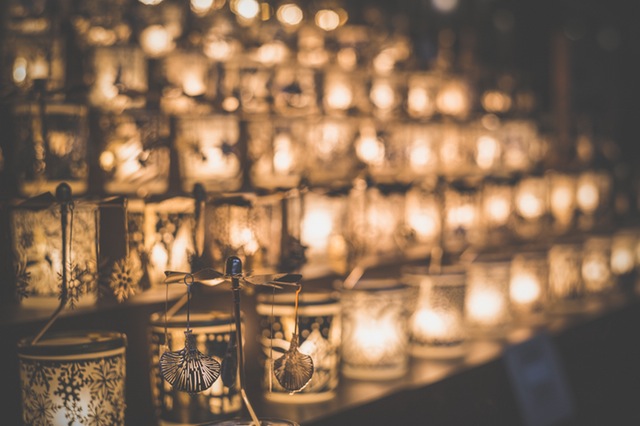 1. Science Is Fact and Spirituality Is Belief

This one line defines the two comprehensive ideologies of the world. One that stands on the system of probing through evidence, lab tests, missions, and inventions. The other solidifies the belief of the ancestors and thus, strive to reexamine the world of spirits and intangible beings. So, if you are a science freak, then you’ll never be in assent with the spiritual people because spirituality does not let people think in factual terms and thus, all the spiritual practices are constructed on philosophies.

2. In Science, Necessity Is the Mother of Invention – By Albert Einstein

In Spirituality, The Almighty Is the Creator

The origin of these two set of thoughts is different and thus, the formulation of both the views is sort of opposite to one another. Science takes birth when necessity compels a person to shaken the whole universe with the mind blasting idea that leads to an innovation. But spirituality emerges from the understanding of God and how the whole life cycle revolves around the Divine Power.

3. Science – The Study of the Unknown Based On Shreds of Evidence

If I have to say in scientific language, then I would say that science is not seen through the naked eyes, but through the microscope or telescope that pries into the topics of study and come to a conclusion. The principle on which spirituality rests is the cycle of Karma that drives every being on this planet. The latter acknowledges that what a person does in life is recorded by the Almighty and the virtues return with good gifts while vice is retaliated with bad luck. So, science does not approve of any such conjectures about life.

A scientist deals with instruments to observe facts, whereas a spiritual man has his mind which can be used as his weapon to advance the teachings of spirituality. The practitioners of both the disciplines are very meticulous about their opinions and if you place them one beside the other, then you will only see fire lightening up with harsh words. It is so because the practitioners are strict followers of their disciplines and thus, they can’t bear any kind of misconception or disagreement to anything.

Spirituality – Based On Study of Holy Scriptures

The stories of the Upanishads, Vedas, etc. are the inspiration for all the spiritual events. All the values and customs that are prescribed in the Holy epics serve as the guiding instructions for the avid readers of spirituality. On the other hand, science is an analytics subject that needs to be given a certain time limit for investigation, testing, and outcomes, so it works solely on the painstaking successful or not so successful analytical observation.

It cannot be said that religion is paramount in spirituality, but definitely, religion is considered to be the highlighting factor between the two disciplines. The World Healer, the Supremo, the world pacifier – The Almighty is believed to be the creator of the universe and thus, spirituality roams around the religious aspect and science, which depends on logic reasoning and wants proof to everything, does not support the idea of God. An important thing to notice is that if you are an atheist, then also you can call yourself spiritual because spirituality is not restricted to God only, but the discovery of oneself and the connection with nature.

7. Science – Experiments in The Physical World – No Other Side Exists

Spirituality – Belief in The Afterlife and Coexistence of Ghouls and Spirits

In science, there is life and then death. The time till when a person breathes is life and the moment he/she stops breathing is called death. There is no midway. But what about the afterlife? For that, you have spirituality, which focuses on the other side, i.e. the dark side where ghosts and supernatural creatures reside. Science never agrees with such unrealistic thoughts and thus, it does not understand the spiritual code of soul search.

8. Science – Errors Are Likely to Occur Due to Experiments

Spirituality – No Such Scope Is Anticipated

Theories, axioms, and equations build the knowledge of scientific field while spiritual studies concentrate only on the knowledge of mantras and sermons. As science experiments all the time with the old and new inventions, so the occurrence of errors is expected. Obviously, when the news of Black Hole Theory was flooding the market, then definitely there were speculations, assumptions, and doubts raised by many scientists and they continue to exist as the process of further research is still going on. But spirituality does not give chance for errors because it does not rely on tests or experiments. So, you won’t see spiritual minds waiting for misinterpreted versions of soulful thoughts.

Spirituality – Who Am I, Soul, Cosmic Order, Etc. Are The Subject of Study?

Does gravity control everything on earth, but how? How did the apple fall from the tree? What would the futuristic gadgets be like? How is lack of oxygen detrimental to human life? These are the questions that science answers. But spirituality raises a different kind of questions that relate to the existence of human race and its origin. The question could be like how does the presence of Shani (Saturn) in your birth chart bring bad luck in your life? How does penance help in the attainment of enlightenment? The altering viewpoints of both the concepts are depicted through the queries that are resolved in the respective subjects. Science deals with the technical aspect like how many light years away is the moon from the sun? And spirituality encompasses the research of parallel world, opposite to the physical world.

10. Science – Logic, Rationalism Are the Words Synonymous to It

Spirituality – Conscience, True Self, Religion Are the Terms Associated with Spirituality

It is a peculiar difference that forms a concrete wall between the two philosophies. When you talk of science, the rationality, objectivity, and mindfulness of a person count as it is completely based on the conscientious undertakings. Whereas spirituality is associated only with old and new beliefs, the discovery of mankind and soul, unification of soul with the Almighty. So, this is the last and the major point that distinguishes between the two most widely debated subject matter.

Science and Spirituality are always in conflict because their school of thoughts differs widely. When you are a believer of God or a muse of a Newton, you develop the thinking process in the same way. I mean that your personality traits are influenced by your inclination towards rational or astral thinking. If you want to scrutinize more about the two vivid worlds then you have to watch films like The Man Who Knew Infinity (Science), Gravity (Science), The secret (Spiritual), etc. No matter you choose science or spirituality, you don’t have to be an extremist who gets offended by bitter words. You must respect both the notions and carry them along with you. So, the line that demarcates science from spirituality is strongly drawn, you can’t unite them, but you can surely try to blend the two diversions. Imagine what would happen if the two concepts were established on common roots? Nevertheless, just ponder which category you fall into, the logical mind or the spiritual mind?